This morning I treated myself to a Starbucks. I went at 8:00 and was surprised when I saw a long line of cars at the drive thru. You can enter the drive thru two ways and I realized that the line of cars actually was forming coming from a different direction than me. I was the only car waiting my turn to enter the line from that side. After watching cars going through and no one letting me in I thought I better go around the building and get in line. Just as I was preparing to move, the person in the next car motioned for me to go in front of him. I was thrilled and waved a thank you. As I was pulling up to order I had an idea of another way to thank him. I have always wanted to do this and today was my chance! After I ordered my white chocolate mocha and cranberry scone (my favorites) I told the person taking the order I wanted to pay for the order in the car behind me. I could tell the person was smiling by her response to me. As I pulled up to the window I wondered what they would buy. Turned out to be Chi Tea drink.  I paid for our orders (his was $4.82) and as I drove away wished I could hear what the person getting the drink thought or said when told it was paid for. I left feeling happy, almost giddly, at the fun of being kind to someone I don't know.

Later in the day Jim called me from Kenya.  He told me the story of being at a pharmacy when a lady came in to get medicine for her baby.  The lady did not have enough money to pay for the medicine. The pharmacist said that because it was for her baby he would let her have it but she must sign something saying she would come back when she got the money and pay for it.  Jim asked how much it was and said, "I will pay for it!" It cost $3.50 in American money.  Jim told about the look on the lady's face and I heard the happiness in his voice as he told the story.  What we gave did not cost us much, but both of us received so much joy and were so blessed.  Just two acts of kindness that hopefully made a difference to those that received them.  I hope you have an opportunity to show kindness to someone soon! I would love to be there to watch the blessing take place.

But the fruit of the Spirit is love, joy, peace, patience, kindness, goodness, faithfulness, gentleness, self-control; against such things there is no law.  Galatians 5:22 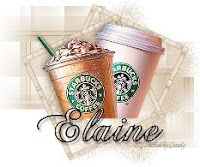 I love this! This stirred my heart to be watchful of when I can display the Fruit. I am glad you were obedient in the prompting to show kindness and then post about it. This made my day! 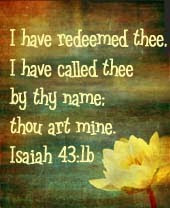